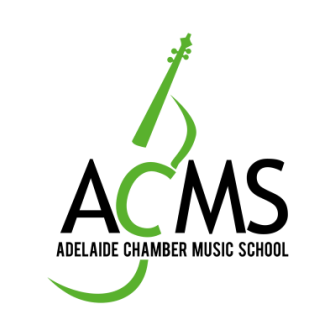 HELEN AYRES
Helen Ayres is a Doctoral graduate of the University of Melbourne and current violin teacher at the Open Music Academy, University of Adelaide.  She is a core Leader of the Adelaide Hills Chamber players and has appeared as guest with numerous Australian ensembles including Flinders Quartet, Syzygy, the Australian Octet and Melbourne Chamber Orchestra. Helen held a permanent position with the Melbourne Symphony Orchestra and has since performed in England, Scotland, Germany, Austria and China with the BBC Scottish Symphony and London Philharmonic Orchestra. As a founding member of Seraphim trio Helen has commissioned new works by Brett Dean, James Ledger and Adelaide’s Jakob Jankowski and has performed at various Australian festivals with musicians Paul Kelly, Lucinda Collins. Konstantin Shamray and Andrew Haveron. Helen is regularly broadcast on ABC and MBS-FM radio stations and is also a presenter for Radio 5MBS-FM in Adelaide.

Helen is passionate about increasing performance opportunities for young Australian musicians. To this end she is on the board of Recitals Australia, Radio 5MBS-FM and convenes the String and Ensemble Divisions of the Adelaide Eisteddfod Society. NICHOLAS BRAITHWAITE
Nicholas Braithwaite’s career has been unusually wide-ranging, both musically and geographically. He has held positions as Music Director or Principal Conductor from Norway to New Zealand and many places in between, including the Tasmanian and Adelaide Symphony Orchestras. His repertoire has centred around German and Russian music and he is regarded as an outstanding Wagner conductor, having conducted all of that composer’s works from Rienzi onwards, including 7 Ring Cycles.

Concurrently with his Australian activities he was Principal Conductor of the Manchester Camerata. Other orchestral appointments have included Permanent Guest Conductor of the Norwegian Radio Orchestra, and Associate Conductor to Constantin Silvestri with the Bournemouth Symphony Orchestra. A frequent guest conductor for all the major orchestras in the UK, he also toured Japan and Korea with the London Philharmonic Orchestra as Associate Conductor to Sir Georg Solti.

With Lyrita Recorded Edition he has released more than 30 CDs of music by English composers, conducting the London Philharmonic, London Symphony, Royal Philharmonic, and Philharmonia Orchestras.

His recording of Wordsworth’s Symphonies No. 2 & 3 with the London Philharmonic Orchestra won a 1991 Record of the Year Award from Gramophone Magazine, and his recording of Flute Concertos with Alexa Still and the New Zealand Chamber Orchestra for Koch was nominated for a 1992 Grammy award in the USA.

Amongst his recordings with the Adelaide Symphony Orchestra are Shostakovich’s Symphonies 6, 7, 8, and 9, Elgar’s Cello Concerto with Li Wei Qin and Sea Songs with Elisabeth Campbell, Organ Concertos with Simon Preston. 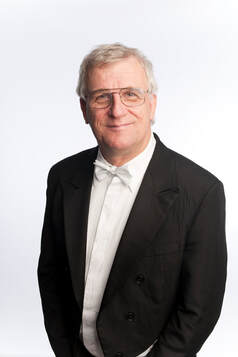 JEFFREY CRELLIN
Principal Oboe of the MSO since 1977 and oboe artist at the Australian National Academy of Music (ANAM) since 1997, Jeffrey Crellin also held the position of Artistic Director (Music) of the Monash University Academy of Performing Arts from 2006 to 2011 and has taught at the University of Melbourne and the Victorian College of the Arts since 1977.

Born in Brisbane, Jeffrey Crellin was the 1973 Commonwealth Winner of the ABC Concerto and Vocal competition (now ABC Young Performers), and in 1974 received a two-year Churchill Fellowship which took him to Freiburg in West Germany to study with the renowned oboe virtuoso, Heinz Holliger. While in Germany he won first place in the Freiburg Musikhochschule Oboe Competition, returning to Australia in 1977 to take up his current position with the MSO. He has made over 100 concerto appearances with orchestras in Germany, France, Japan, New Zealand and Australia, including performances with the Melbourne, Sydney, Queensland, Tasmanian and Adelaide symphony orchestras, the Australia Pro Arte Chamber Orchestra, Adelaide Chamber Orchestra and the Australian Chamber Orchestra. A keen chamber musician, he founded the Australian Chamber Soloists in 1984, touring regularly for Musica Viva, and in 1989 undertook an Australian tour as guest artist with the Reger String Trio from West Germany. He has performed regularly in Japan in both solo and chamber music capacities in Tokyo, Osaka, Ogaki, Kyoto and Kanazawa. He was invited by TÅru Takemitsu to appear at the 1989 Takemitsu Ginza festival in Tokyo, and in early 1993 spent two months as guest soloist and Principal Oboe with the Orchestra Ensemble Kanazawa.

His discography includes Distance and Entre-temps by Takemitsu with the Arditti String Quartet; Riccardo Formosa’s Dedica, written especially for him, with Patrick Thomas and the MSO for Vox Australis; Takemitsu’s Vers, l’arc-en-ciel, Palma with guitarist Norio Sato, conductor Hiroyuki Iwaki and the MSO for ABC Classics; Images with flautist Prudence Davis and guitarist Peter Lynch, and Pictures at an Exhibition as soloist and conductor with the Australia Pro Arte Chamber Orchestra for Move records. Thomas has appeared as a soloist with various orchestras including the Jan Sedivka Camerata, the Adelaide Chamber Players and the Adelaide Youth Orchestra. In chamber music, he has collaborated with numerous internationally prominent artists such as Dimitri Sitkovetsky, Howard Penny, Johannes Moser, Kristian Winther (Australian String Quartet), Li Wei Qin, José-Daniel Castellon, and the T’ang Quartet, and has performed in chamber orchestras with the likes of Elizabeth Wallfisch and the Orchestre des Champs Elysées. In July, 2012, Thomas attended the Jeune Orchestre atlantique, in Saintes, France, where he worked under the batons of Philippe Herreweghe and Jos van Immersel.

After being invited to study with Janis Laurs from the age of 12, Thomas was accepted into the Elder Conservatorium of Music to study full-time at the age of 16. Since then his teachers have also included Christian Wojtowicz, Howard Penny, and Li Wei Qin. He has received lessons and masterclasses from various artists including David Geringas, David Takeno, Clemens Hagen, Raphael Wallfisch, Thomas Demenga, Uzi Wiesel and Pieter Wispelwey. Thomas has appeared at numerous festivals, including the Ameropa International Chamber Music Festival in Prague, the Adelaide International Cello Festival, and the Holland Music Sessions, where he has performed regularly and studied with the likes of Dmitri Ferschtman, Lluis Claret and David Ehrlich. In September 2013, Thomas relocated to London, UK, to study an Artist Masters at the Guildhall School of Music and Drama under Louise Hopkins.